Tim Leigh emails out a newsletter, usually more than once per week. The topic of this week’s newsletter is “The Salary Epilogue”. I have provided a few excerpts from the newsletter below:

“Since I doubt anyone will willingly relinquish his power and since therefore, I doubt we’ll change the way we govern, my proposal is for the Council’s collective salary to be increased to a total of $228,000 per year, which is less than what many of our senior administrative bureaucrats earn individually. This would be broken down as $36,000 for the President of Council (because the President is charged with extra duty) and $24,000 for each Councilor.”

“If Council was bold enough to act on this proposal and with citizen’s assent by ballot, I’d accept the pay raise. But, to avoid the apparent conflict of interest, (continuing to realize this is a real-time problem and not one to be kicked down the road again), I’d immediately donate my entire city council salary to the following 3 charities: 1) The Salvation Army – because they take care of the lowest of the low; 2) The Boy Scouts – because they train America’s future leaders; and 3) Inside-Out, because they take care of homosexual and lesbian children who otherwise have no franchise.”

For readers unfamiliar with Colorado Springs City Council, each City Council Member is compensated $6,250 each year. I am not going to break down the math on this for you, but this low number is certainly ridiculous for the huge responsibility of our City Council, the City’s population and more relevant to the responsibilities, the land area. I appreciate Councilman Leigh’s offer to donate his potential increase, however it probably is not necessary. In other cities where an increase occurs, it simply does not increase until the next election, or re-election.

It is our City Council’s responsibility, in conjunction with the Mayor, to run our City. This is a big deal, I would feel much more comfortable as a citizen if I knew that a fare wage was given to our elected officials to make critical decisions for our city.

For my own curiosity and your pleasure, I have looked into the compensation rates for Council Members in Cities with comparable populations in the region. The represented numbers and information are assembled below. 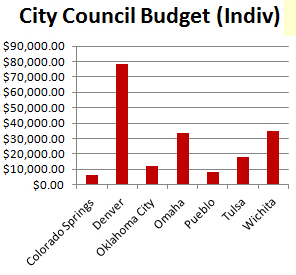 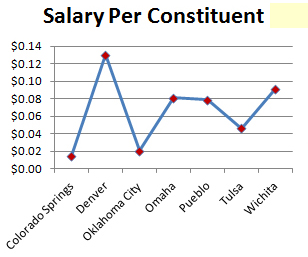 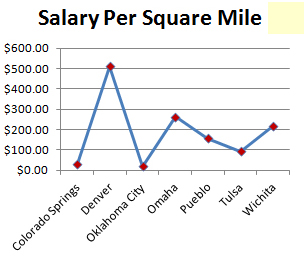